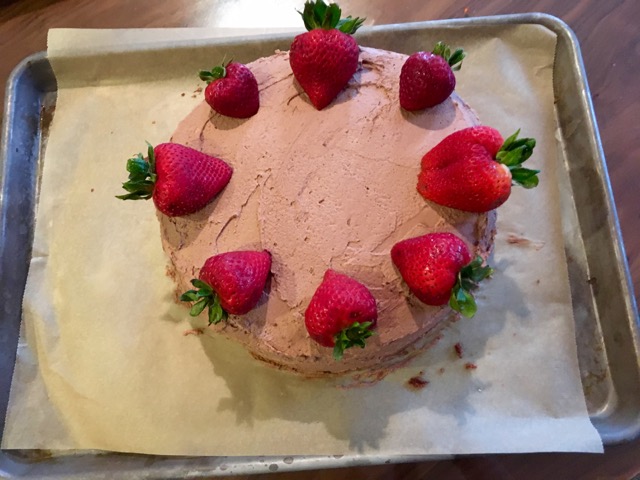 This spring, I became the last person in America—the last person in the world?—to fall head over heels for The Great British Bake-Off, an utterly charming reality competition about very nice people crafting elaborate pastries in the English countryside. Whoever wins gets nothing more than a quiet sense of self-satisfaction and a tacky glass cake stand. It’s comforting; it’s soothing; it’s an endless font of baking jargon I’d never heard before, and binging it over the course of a few months has given my husband and me an insatiable need to bring up frangipane and choux pastry and Victoria sponges (to say nothing of  joconde or genoise!!) as frequently as possible. But only when we’re alone, I promise.

I won’t say that the series inspired this cake, although there is, apparently, a recipe for devil’s food cake in a cookbook associated with the show. But I will say that our binge gave me a renewed appreciation for idiosyncratic pastries with silly names, the Bakewell tarts and charlotte russes and baba au rhums of the world. 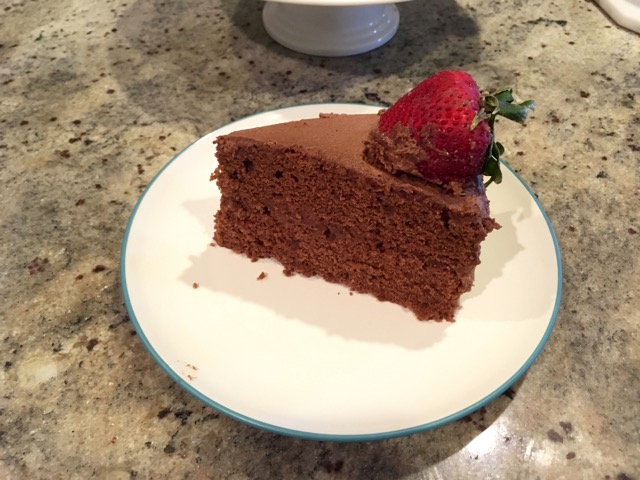 Devil’s food falls under this category, but just barely; its origins are murky, which means that nobody seems to agree completely on what, precisely, transforms a regular chocolate cake into a dessert fit only for Satan himself. They generally maintain that devil’s food should be richer and darker in color than the typical chocolate cake, though it’s also supposed to have a relatively light and airy crumb (a la its vanilla counterpart, angel food cake). Some people achieve this effect by adding espresso powder, others by simply upping the chocolate to 11, and still more by using cocoa powder rather than melted chocolate. (Powder has a more concentrated chocolate flavor, at least if you use enough of it.)

Nonnie, though, does neither. Her devil’s food uses the same amount of chocolate as her regular chocolate cake; it also contains less water, flour, and sugar, and substitutes buttermilk for sour cream. Perhaps these substitutions combined make for a cake that’s both lighter and more richly chocolatey, though since I haven’t tasted them side by side, it’s tough to say how different these two cakes really are. 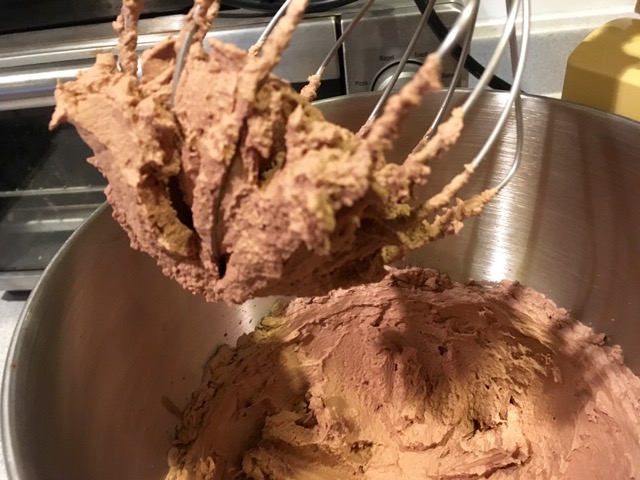 But hey, chocolate cake is chocolate cake—and if nothing else, I can whole-heartedly recommend you bake something as an excuse to make this delicious frosting, which is maybe the best cake-topper a la Nonnie I’ve made so far. I’m not sure if anything in this recipe is really strong enough to win Star Baker, but at the very least I don’t think it’d put anyone in the bottom two. 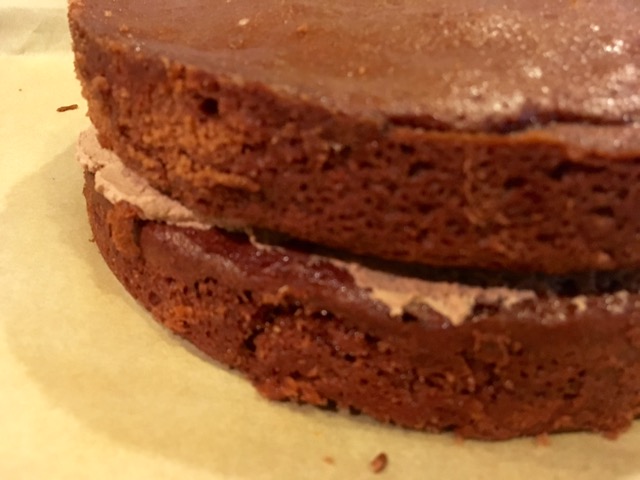 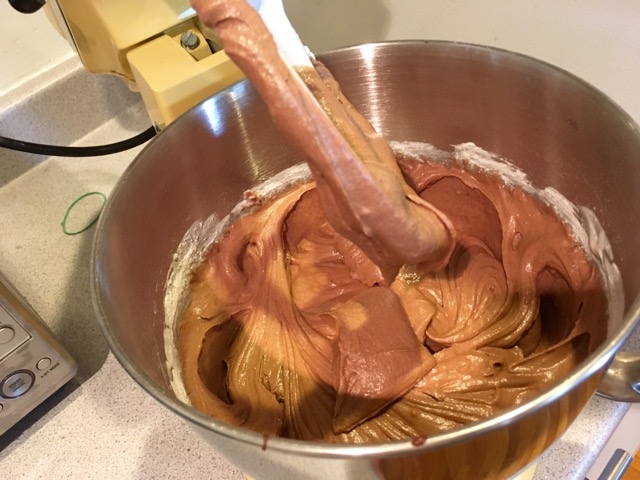 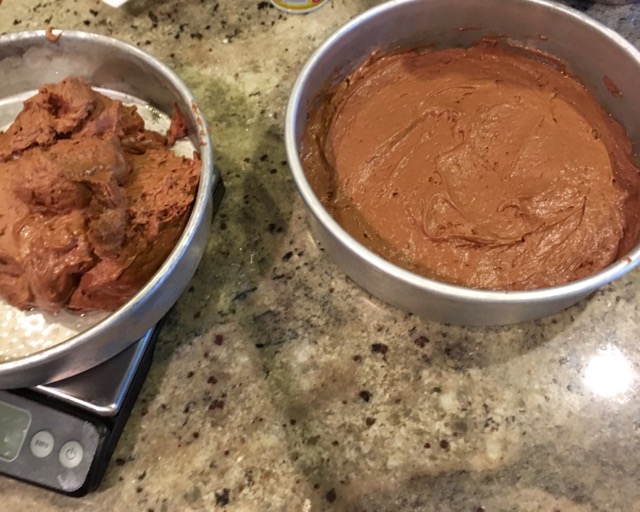 Pour batter into 2 greased 9″ round cake pans [if you have a scale, this is a great time to whip it out in order to and bake at 350 for 35-40 minutes. Frost with chocolate whipped cream. 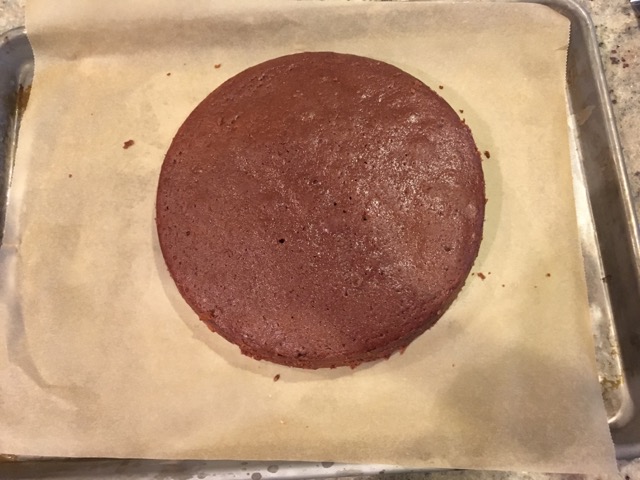 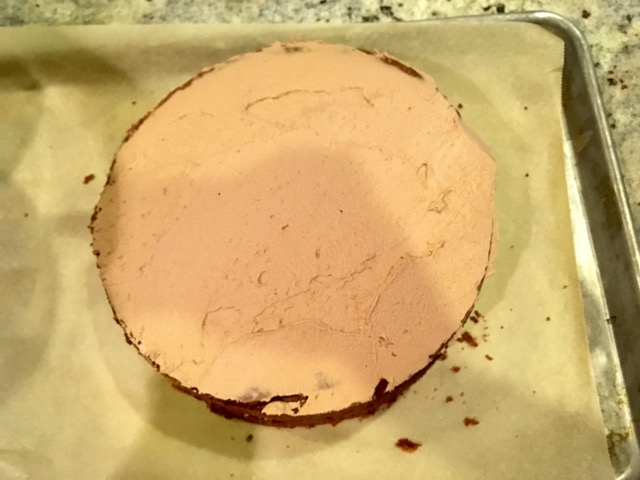 Mix together (do not whip) and chill for several hours in refrigerator. After chilling, whip until stiff and frost cake. [After frosting the top of the bottom layer and stacking the two cakes on top of one another, of course. Feel free to add extra decorations if you, like me, have just mainlined several hours of food-based British reality television and are feeling extra creative.] 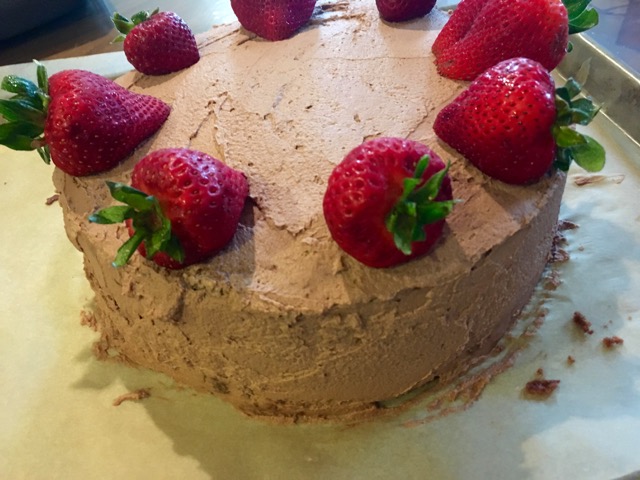 The verdict: If Paul Hollywood and Mary Berry inspected the bottom of this cake, they’d be very disappointed with what they found—the layers were pretty sticky, and each one left a good amount of cake behind in the pan once I’d finally managed to pry it out. (Even after chilling in the fridge for a good long while, which, in retrospect, might have made them stick to the pans even more? I don’t know, guys, I’m no Nadiya.) 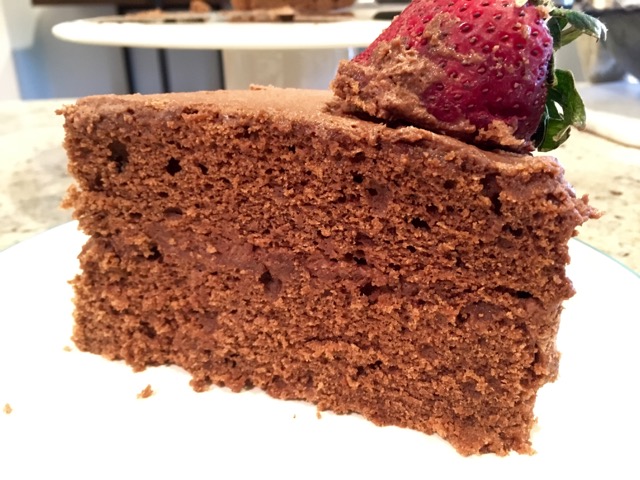 They might also take issue with the fact that after some time has passed, it’s difficult to distinguish two distinct layers, since the weight of the top half makes the whipped cream frosting sort of merge into the cake below, creating one amorphous super-cake. (Paul and Mary do so love distinct layers.)

They’d likely call out its crumb for being slightly dry—maybe this is why so many cake recipes call for oil rather than butter—and frown slightly when told that this was supposed to be a devil’s food cake, since, as you can tell from the pictures, it’s more of a gingery brown than a rich, dark chocolate color. Adding more chocolate in the form of cocoa powder might help, I think, as would a dose of espresso (which, in this context, works more to reinforce chocolate taste than it does to make anything taste like coffee). 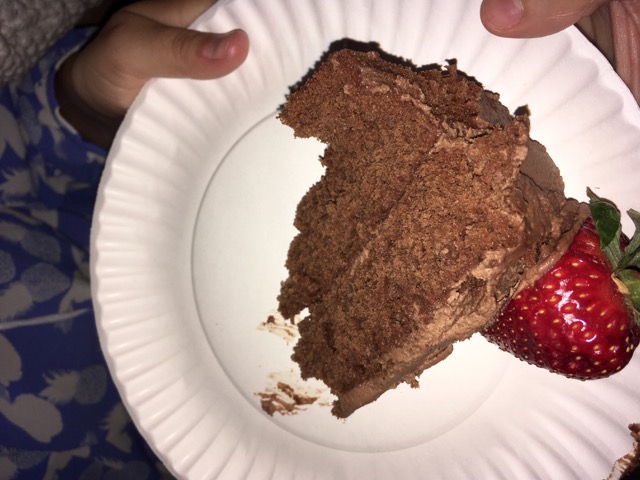 Still, I like to think that the two of them would generally approve of its flavor, as well as its remarkable stamina; the frosting, which tastes light and dreamy and just chocolatey enough, didn’t melt even  when it was taken on a subway trip to a Brooklyn bowling alley on the first weekend night of the summer. That’s got to count for something.