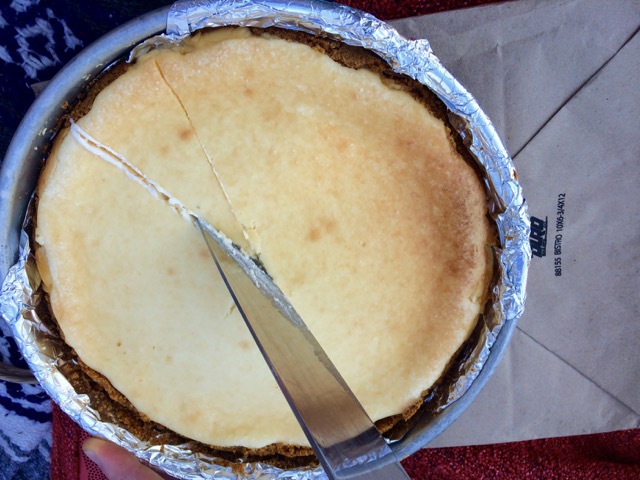 Yes, you’re not seeing things: this is a cheesecake being sliced on top of a paper bag, which is itself perched on top of a blanket, on top of some grass, on top of some dirt, and so on. Because when you think “late-summer afternoon picnic,” you obviously think “dairy-based dessert that must be refrigerated for hours before being served,” right?

You know what, though? Having brought a cheesecake to a picnic (my version of bringing a gun to a knife-fight, I guess), I can say now that the decision really wasn’t that weird—eating it at the park was sort of like eating ice cream, but, you know, ice cream made of cream cheese and bordered by crumbled graham crackers that can only be consumed using a fork or your own dirty fingers. END_OF_DOCUMENT_TOKEN_TO_BE_REPLACED 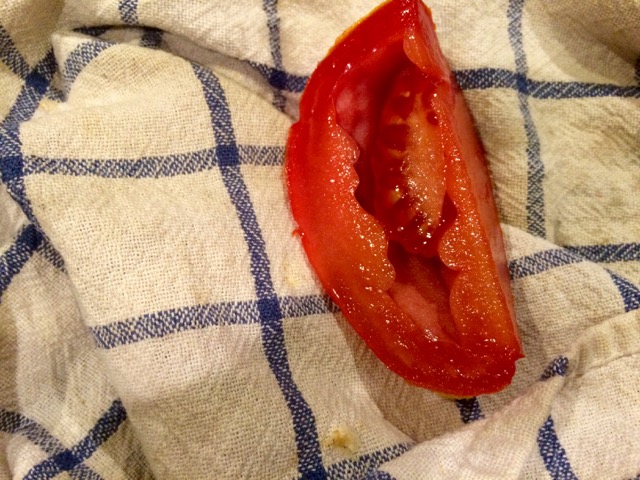 “Good news, everyone! You don’t have to eat meat! I made enough gazpacho for all—it’s tomato soup, served ice cold!!”

Poor Lisa Simpson is ridiculed and dismissed for offering a giant bowl of gazpacho to the carnivorous residents of Springfield at her father’s BBBQ. But I know what Lisa knows: the ‘spach is one of the most delicious things you can possibly eat, provided two things are true: one, that you have some really excellent, peak-summer (or early fall!) tomatoes, and two, that you’re making it correctly. END_OF_DOCUMENT_TOKEN_TO_BE_REPLACED 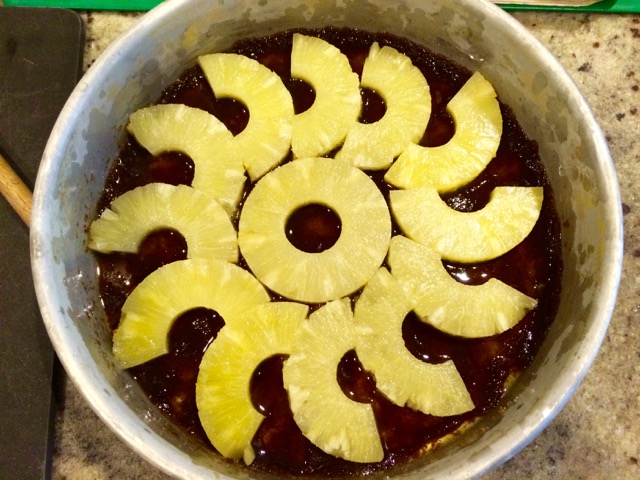 Is anything else as gloriously retro as a pineapple upside-down cake? The very name invokes visions of Betty Draper in an A-line dress, covered by a tiny, impractical apron, proudly brandishing a golden-brown, can-born concoction that she didn’t actually bake herself. (Justice for Carla!)

Even the origins of this cake are kitschy: apparently, it entered the American lexicon only after some genius at Dole figured out a mechanical way to slice the tropical fruit into perfect, even rings. Replace the humble apples of a French tarte tartin with the processed, sugar-soaked slices sold by a capitalist supercorporation, and boom: pineapple upside-down cake. Hell, it may be even more American than apple pie. END_OF_DOCUMENT_TOKEN_TO_BE_REPLACED 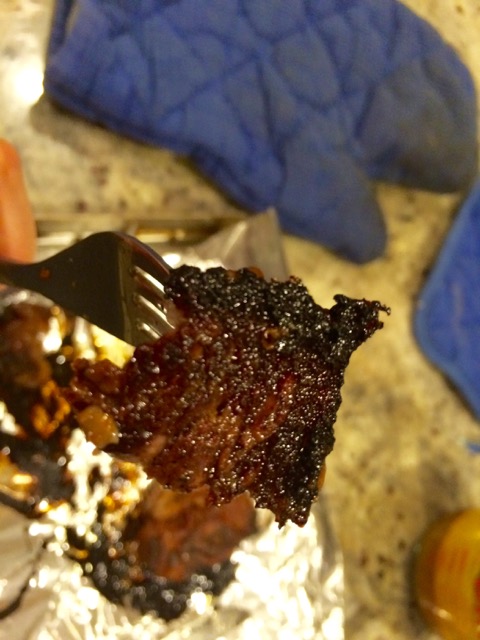 See that, up there? That charred, vaguely carcinogenic square of bone and gristle? That is not, I think, what Nonnie had in mind when writing up her recipe for beef ribs. Beef ribs should look like this: caramelized, glistening, Flintstonian. They should yield meat tender enough to fall off the bone; they shouldn’t be shriveled and tough and sad-looking.

You know what, though? It is nigh on impossible to buy beef ribs in this day and age. Really! I tried! I spent a sweaty summer afternoon trudging from fancy Brooklyn butcher to less fancy Brooklyn butcher, on a quixotic quest to track down the kosher-style protein of my dead grandmother’s Semitic dreams. (Maybe if I’d said that to them, the meat-slingers would have been more accommodating.) I went to four—count ’em, if you happen to have a map of Cobble Hill/Brooklyn Heights handy!—places, all told: two told me I was SOL, one was closed, and one said that it would have beef ribs eventually, but not until the fall. Because… that’s when… a cow loses its baby ribs? I don’t know. END_OF_DOCUMENT_TOKEN_TO_BE_REPLACED