When you’re juggling work, life, and a desperate attempt to watch Twin Peaks before the revival premieres next weekend (the owls are not what they seem!!), some things will naturally fall by the wayside—and for the past mumblemumble weeks, those things, alas, have been 1) my half-hearted DuoLingo regimen and 2) this blog.

But no more! I’m returning today with a vengeance, and an appetizer that I thought was among the weirdest curios to be found in all of Nonnie’s cookbook—until I discovered that it’s got a long, proud history among America’s thriftier moms. In other words: happy Mother’s Day! Here, I got you a pile of jelly-braised meat.

I can’t tell whose idea, exactly, it was to add grape jelly to Heinz chili sauce (in almost every recipe I’ve found online, it’s Heinz or GTFO—which as a Pittsburgher, I appreciate), toss in a pound of ground beef, and call it an amuse bouche. I suppose they may have been the invention of some frustrated Swedish immigrant who couldn’t find any lingonberries stateside and had to settle for something a little less exotic; it seems more likely that they were dreamed up by a nefarious Big Jelly executive, tasked with trying to convince his customers to look beyond toast when using his product.

In any case: even a cursory Google (my favorite kind) will prove to any doubters that these meatballs are A Thing, beloved by harried housewives nationwide. My lazy side gets it: what could be easier than glopping two jars of stuff together in one pan and adding meatballs, especially if they’re the frozen kind (which a ton of these recipes call for, plus a Crock Pot—the mom trifecta!)? My snobby side, though, found it very difficult to get over the central theme here, which is: it’s meat. Covered in grape jelly. On purpose.

You might expect this to the point where I confess, as I have before, that there’s actually something to these sorts of retro, semi-horrifying convenience food melanges: that people have kept making them for decades because they’re surprisingly good, and that even we snooty organic-everything, CSA-belonging, yuppie Millennial scum should consider giving them a try. And reader, I really wish I could tell you that both the friends I served these too and I gobbled them up like Pac-people.

Spoiler alert: We didn’t. Although honestly, they weren’t as bad as I feared they would be.

1 bottle Heinz chili sauce [What is Heinz chili sauce, you ask? It’s not ketchup, and it’s not cocktail sauce, although it’s similar to both—as you can see from the handy ingredient list above, it’s mostly tomato and vinegar, with a very, very vaguely Asian sweet chili tang from whatever’s in that “natural flavoring.” As you can also see from this label, its sole purpose appears to be usage in weirdo meatball recipes]
1 12 oz. jar Welch’s grape jelly [I had to go with Smucker’s because my Key Food only had Welch’s in absurdly large jars—like, mom-of-triplets sized-jars. Apologies, Nonnie]
1.5 lb ground meat [I used all beef, since Nonnie didn’t specify any other kind]
Salt and pepper to taste 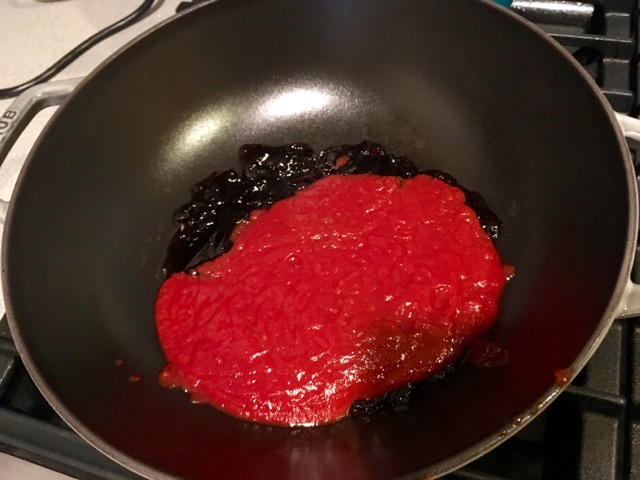 Mix chili sauce and grape jelly in a large skillet and heat until bubbly. [Warning: It will look revolting, and then you’ll mix it, and it will look slightly less revolting.] 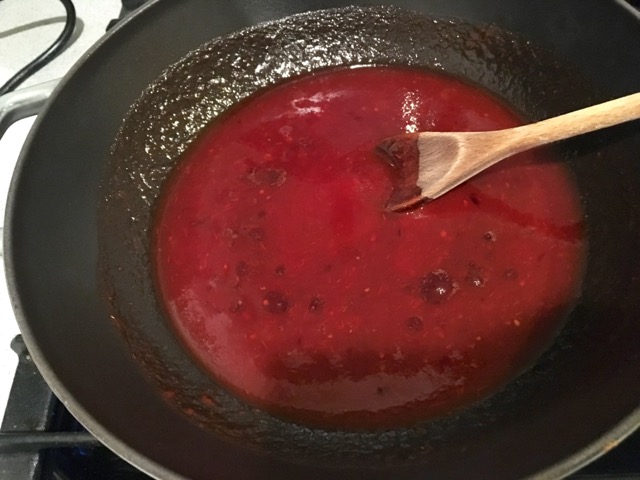 Make tiny balls out of meat that has been seasoned with salt and pepper. [Alert: This is the one part of this recipe that’s time-consuming—do you know how long it takes to transform a ton of meat into itty-bitty balls? The answer is “approximately forever,” like, longer than it’s taking for this ridiculous “Nadine thinks she’s a teenager again, and also she has… superpowers?” storyline to play out.]

Drop balls into bubbling sauce. Reduce heat; cover, and cook until meat is done. [There’s no good way to know when that is besides just giving it a few minutes, then cutting open a meatball to see if it’s cooked through; depending on how small you made them, it really won’t take long, maybe 6-10 minutes tops.] Serve meat balls in sauce as a hot appetizer. 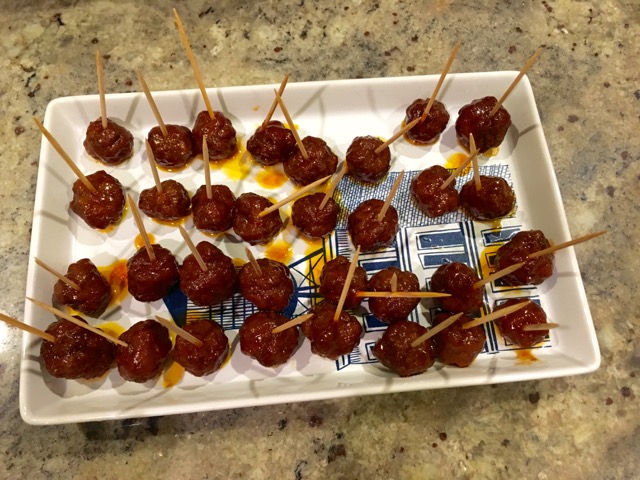 The verdict: Like I said before, they weren’t bad, exactly. The issue, in fact, was less with the sugary sauce (which did get more savory when it was mixed with a pound and a half’s worth of meat juice—is your mouth watering yet?), and more with the balls themselves. See, meatballs are traditionally made to incorporate several ingredients that aren’t meat—namely, aromatics for flavor, liquid for moisture, bread for texture, and eggs to bind everything together. Nonnie didn’t tell me to add any of those things here, so I didn’t.

The result? Dense, dry little pellets, flavored only by the beef they contained—a far cry from the pillowy, intensely flavored meatballs any sane person would prefer. The moral of the story here is that you should never make meatballs of nothing more than meat and ball. 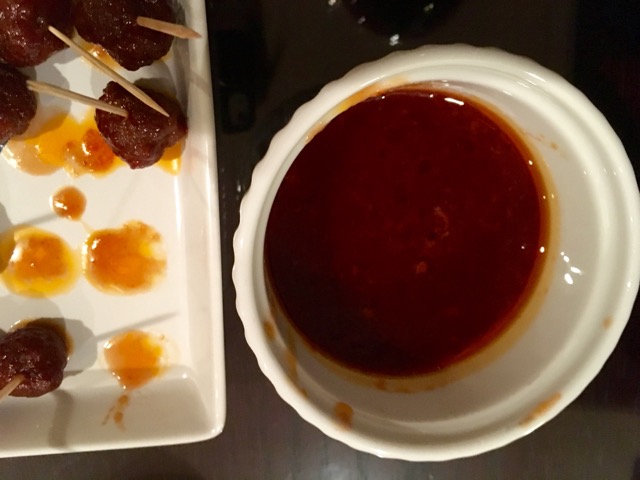 Dipping the balls in sauce, though, made their texture easier to take, and the sauce itself was less cloying than I feared it’d be. It didn’t taste like jelly anymore—it was more of a muted, sweet-tart-rich glaze with a flavor that wasn’t totally identifiable, though when I confessed its ingredients, my guests weren’t completely shocked. Again: not unpleasant, but not something I think I’ll find myself craving again.

Unsurprisingly, we ended up with leftovers; a little more surprisingly, that led me to discover that the meatballs actually tasted better cold, with less of the beef-y, funky notes the sauce had when warmed. I’m still not going to recommend you make them yourselves, at least not without spending a little more time on the actual meatballs—but if you insist on going forward anyway, know that refrigerated might be the way to go. And don’t be afraid to tell the Midwestern mom in your life to do the same thing.