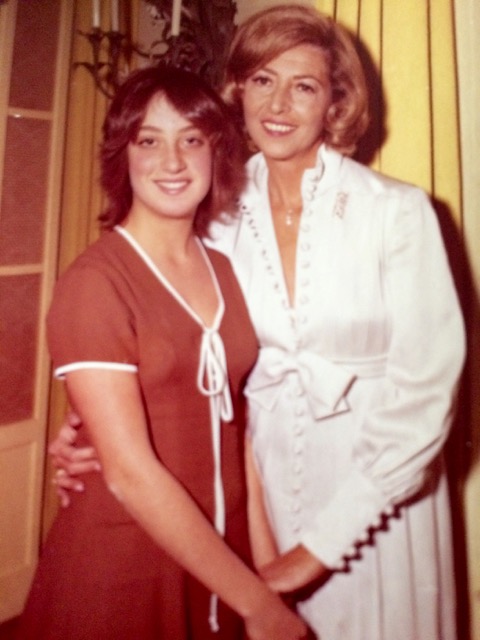 I would not be the food snob I am today without the influence of these two great ladies: my mother and Nonnie, pictured here looking impossibly glamorous at my Uncle Bobby’s groovy ’70s bar mitzvah. (He had a three-tiered cake shaped like a Jewish star. It was breathtaking.)

Nonnie taught my mom — who, in turn, taught me — always to prize homemade over store-bought, fresh over processed. Not that either of their food was fussy; both have/had a knack for finding the elegance in simplicity,  the kind of dishes that Tom Colicchio always praises most highly on Top Chef. (“It’s just simple ingredients, cooked well.” Shit, if that’s all it takes, why aren’t I the Top Chef?)

It’s an admirable ethos, made even more impressive when you take into account that Nonnie didn’t work — but my mom did. Having been a member of the Real World for, oh, about six years now, I know how difficult it is to muster up the energy just to pack a lunch for yourself — let alone rustle up anything more complicated than pasta at the end of a long day at the office. 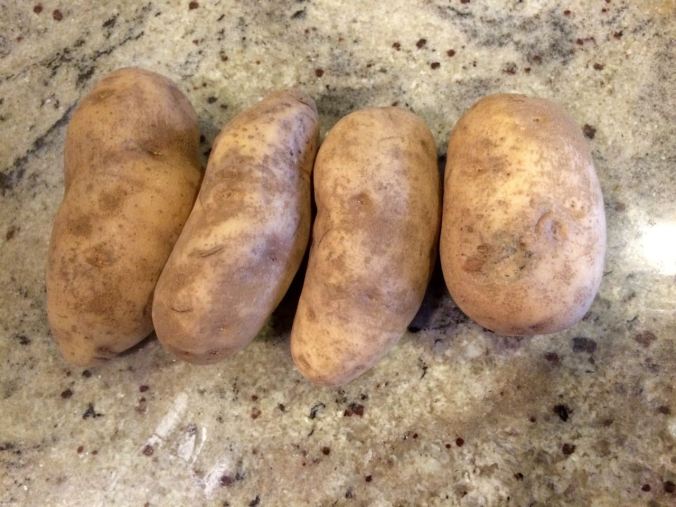 Somehow, though, my mom managed to make a homemade dinner more often than not. And not just for herself, of course — for her three picky children, each of whom came bundled with his or her own irritating food neuroses. (My brother went through a phase where he insisted on dousing everything on his plate with nutmeg. My sister was an inveterate slob, the kind of eater whose shirt always announced whatever she’d had for lunch. I was a little shit who refused to have more than a bite of pretty much anything but buttered noodles and cornflake-crusted chicken. Banned foods included nuts, blueberries, non-starchy vegetables and cream cheese, because I insisted it “tasted weird.”)

And Mom didn’t just feed us — she fed us well. Other kids had Kraft; we had homemade baked mac and cheese, straight out of Gourmet magazine. (The February 1998 issue, specifically.) Other kids had Campbell’s; we had homemade wedding soup, complete with delectable tiny meatballs and thick noodles Mom rolled and cut by hand. Other kids ate Pop Tarts in the morning; my mom insisted on making us breakfast, scrambling eggs to order like a seasoned diner cook. Who, need I remind you, also had a whole other job besides being our mom.

I was raised to take all this for granted — even as Mom ruined me for grocery-store sheet cakes and SpaghettiOs. Now, though, I can’t help being in awe of it, and of her.

I know what you’re thinking: “That’s great. But what does any of this have to do with baked potatoes?”

The thing is, these are no ordinary spuds. They’re baked potatoes made slightly fussier and fancier, a preparation that finds the ideal sweet spot between everyday and special occasion.

As a result, I think they’re pretty representative of the Nonnie/Mom cooking ethos: simple ingredients, both cooked well and elevated enough to please one’s inner snob. Or outer snob. Really, it’s snobs all the way down — if you’re talking about this side of my family, at least. I can’t say I’m complaining.

[There’s no ingredient list included in Nonnie’s cookbook, but I assumed she intended this recipe to feed four people. So all you’ll need is:

4 medium Idaho potatoes, about half a pound each
3 tablespoons butter
1/2 cup milk
Salt
Pepper; I went with white over black, because it’s what my mom always used in her baked-stuffed and mashed potatoes
Paprika
Cheese (optional)

Scrub potatoes and place in 450 oven for one hour. Remove from oven and let stand for 5-10 minutes. Cut potatoes in half (lengthwise). Scoop out pulp, carefully so as not to damage shells, and place in a large bowl.

Add salt, pepper, 3 tablespoons butter, and mash or put through a ricer. [Don’t be shy with the spices; potatoes suck up salt and pepper like sponges, and you’ll always have to use way more than you think you need.] Add 1/2 cup warm milk and beat with a whisk until smooth. [Pro tip: My mom also added yogurt to her mashed potatoes, a trick that both lightens them up and adds an irresistible tang.]

Spoon potatoes back into shells. [Don’t rush this — you don’t want to rip the potato skin, as some dummy did in the photo above.] Place on a cookie sheet. Top potatoes with cheese or paprika. Bake in a 350 oven for 10 minutes, or until heated through.

The verdict: I won’t lie: Going through the whole slicing/scooping/mashing/stuffing/rebaking process is a bit of a pain, especially if you’re trying to do this on a weeknight.

Push through, though, and you’ll be left with a thing of beauty — potatoes that have crispy tops and soft innards, creamy and comforting and spiked with just enough white pepper to keep things interesting. If they weren’t so time-consuming, I’d happily make and eat them every day. Maybe it’s for the best, then, that they’re complicated enough to deter even a snob from breaking them out more often than every once in awhile. Even Mom and Nonnie would have to agree.