Please do not take this post—published mere hours before gladiators attempt to sate our bloodlust by pummeling each other into early-onset dementia—as an endorsement of New England over Philadelphia. Though I’d happily live on nothing but Cape Code chips, I have no loyalty to the land of snow and chowdah—which isn’t to say that I care much about Philadelphia, either.

What I really mean is that I can barely be bothered to give a shit about football under the best of circumstances. If the Steelers were in the Super Bowl, and I was at the game, and a wealthy benefactor had ensured that I wouldn’t have to sit outside in the cold, and I had an entire Mineo’s pizza in one hand and an endless supply of Dippin Dots in the other, and, like, Bernadette Peters were performing a one-woman “strictly Sondheim” medley at halftime… maybe then I’d be able to muster up some enthusiasm. 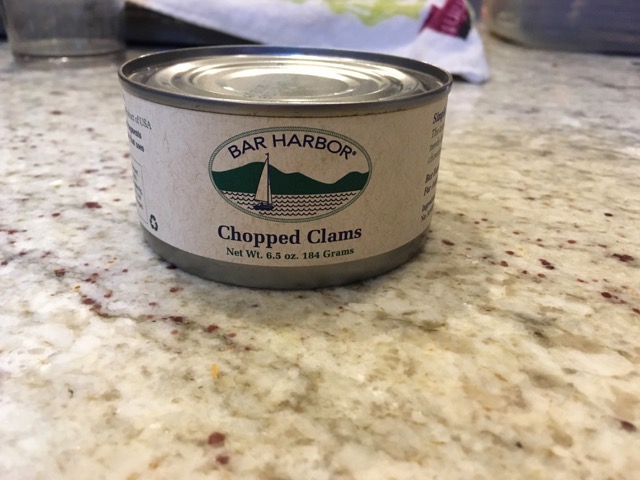 But even in that case, I’d mainly view the game as an opportunity to clog my arteries with cheesy, crispy, carby things—especially those things dipped into other things.

Which brings us, finally, to clam dip: another entry in Nonnie’s retro party arsenal that sounds gross to modern ears (canned clams and… cream cheese? Pass the bucket, please) but actually kind of hits the spot. Especially, I imagine, if you grew up calling milkshakes “frappes” and pahking the cah in Hahvahd Yahd. 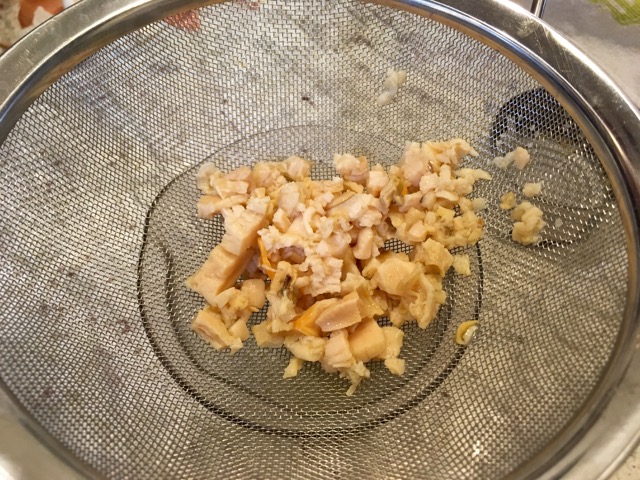 1 7.5 ounce can minced clams, drained [This instruction is actually missing the word “can,” but there’s no way Nonnie would have used fresh ones. She was not much of a shucker]
1/4 cup clam juice [Use the stuff in the can, mostly so you don’t have to buy something specifically labeled “clam juice,” which, blech]
1 8 oz. package cream cheese
2 teaspoons lemon juice
1/4 teaspoon Worcestershire sauce
1/2 teaspon salt
1/2 teaspoon pepper
1 clove garlic, minced 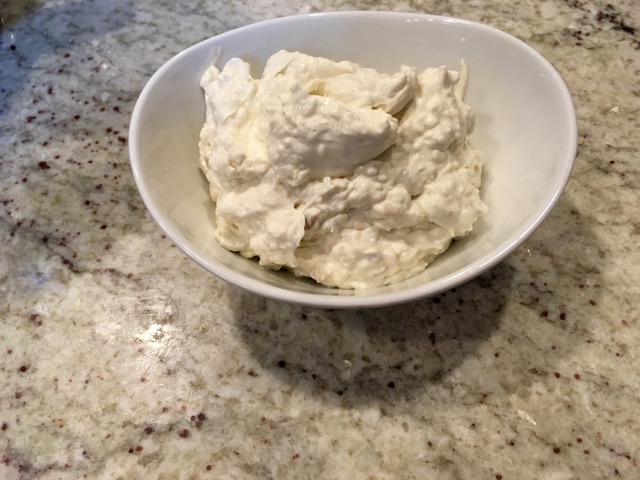 Beat cream cheese with clam juice until smooth. [I’m sorry to harp on about the clam juice, but: as you’ll find when you empty the can, it is a brackish, cloudy, utterly unappetizing gray. Press on anyway.] Add remaining ingredients, mix well, and refrigerate until ready to serve. [Serve it with vegetable spears, if you must, but know that it achieves its final form topping a salt-and-vinegar chip.]

The verdict: While this dip will win no beauty pageants, it’s a pretty solid addition to any chip-and-dip spread—maybe because when all is said and done, it doesn’t really taste much like clams. Its dominant flavors are rich and creamy, not briny or fishy; in fact, it’s got so much cream cheese and so little liquid that it could actually use a little loosening, via either sour cream or (gulp) more clam juice.

If I made it again, I’d probably go heavier on the lemon and cayenne as well. But beyond those tweaks, there’s not much here that needs improving. The proof? I put some out alongside a few other dips (artichoke, guac, hummus) at our housewarming party a few months ago. I figured it would languish in the bowl all night, overlooked and unloved—but after everyone had left, I was pleasantly surprised to discover that we had damn near eaten all the clam dip. If that’s not a ringing endorsement, I don’t know what is. 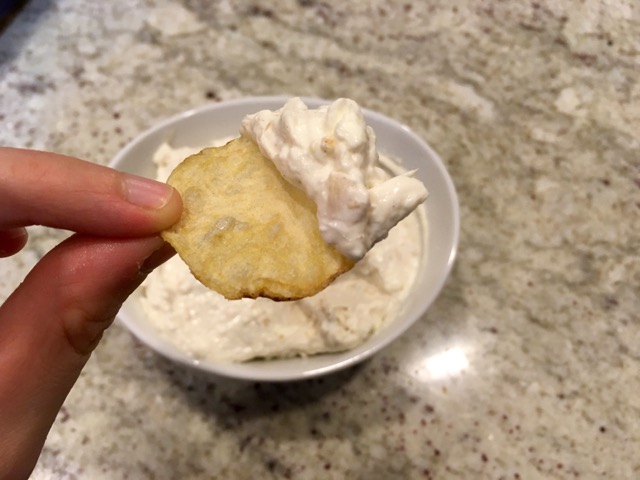