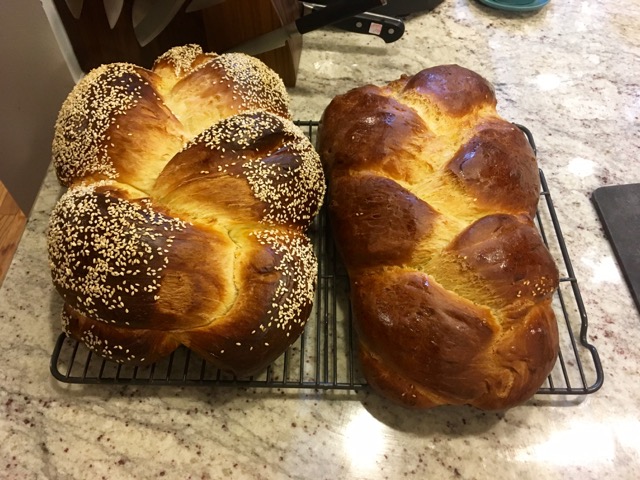 Much as it pains my snobby little heart to admit it, there are some foods that are better purchased than made from scratch. Pumpkin purée, for instance, is a huge pain in the ass to make yourself, and the stringy, wet pulp you end up with likely won’t match the best canned stuff in taste or texture. I’ve never had great success with homemade pickles, which I can’t seem to get quite as snappy or deeply flavored as the best full-sours from Shelsky’s or Katz’s. And though I’ve baked billions (rough estimate) of loaves of bread over the past few years, I’ve never quite managed to craft a sandwich loaf that perfectly apes the best store-bought stuff—springy and tender and sturdy enough to stand up to a mountain of toppings, all at once.

But challah? As someone who’s made, purchased, and eaten countless versions over the course of the past nearly 30 (gulp) years, I can say with great confidence that the recipe I’m about to describe actually is the best one out there—better than your mom’s, better than your bakery’s, and certainly better than the sad, shrink-wrapped kind they serve at your local oneg.

It’s rich and eggy without being dense, with a perfectly bronzed, not-too-thick crust and a subtle olive oil earthiness. It can lean sweet or savory, depending on what you top it with, but it also doesn’t need embellishment to be delicious. In short, it’s the challah of your dreams—of our dreams!—and it’s also a breeze to make, as long as you’ve got a stand mixer and a few hours to sit around and watch it rise.

Because Nonnie doesn’t have a recipe for challah in her cookbook—which technically means this post is outside of the purview of this blog, though I won’t tell if you won’t—my version is a mashup of two recipes for olive oil challah that are each very good on their own, from Smitten Kitchen and the New York Times. From SK, I took the suggestion to use honey rather than sugar, flaky sea salt rather than the regular kind, and the amount of flour, which is a little scant in the Times recipe; from the Times, I took the suggestion to use bread flour rather than all-purpose and the number of eggs, which is high even for a rich bread like challah.

The result? Just look at it. Look at it. Then grab some measuring cups and get to work. 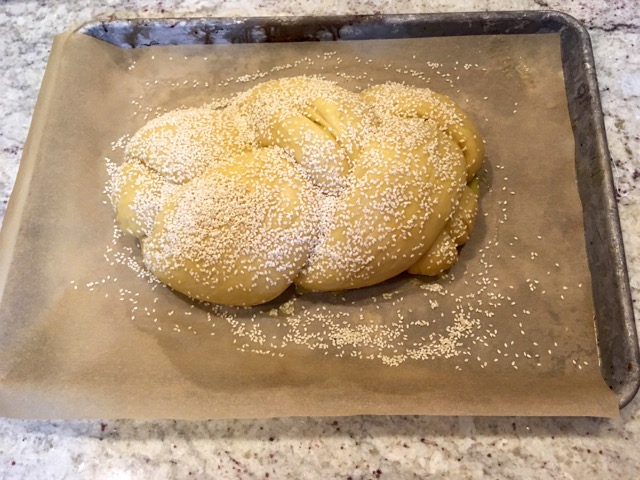 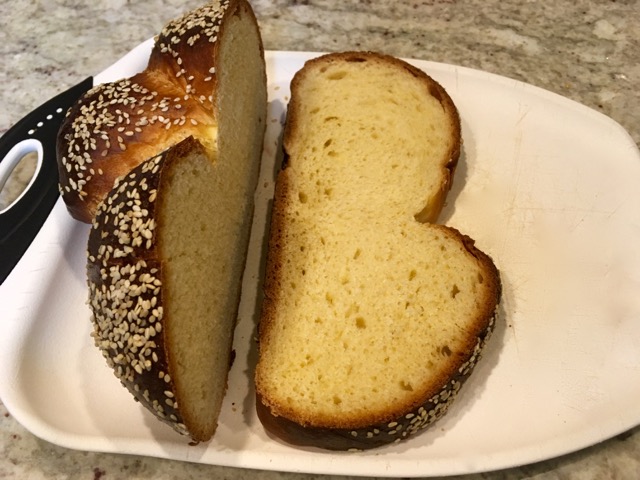 Whisk the yeast and teaspoon of honey into the warm water; let it stand for a few minutes, until it foams and activates. In a large stand mixer bowl, combine the yeast mixture with remaining honey, 1/3 cup olive oil, and three eggs. (You’re saving the last one for the egg wash.)

Add the salt and flour, and mix with paddle attachment until dough begins to hold together. Warning: this recipe makes a real big loaf of challah, so if you’re planning to double or 1.5x it, you’ll want to mix it in two parts—unless you relish the idea of your stand mixer bowl fusing to the stand so tightly that you need a strong gentile to pry them apart. Trust me on that.

Switch to a dough hook, and run at low speed for 5 to 8 minutes, until the dough is smooth and elastic. If you don’t have a stand mixer or are looking for a good upper-arm workout, you can also knead by hand for 8 to 10 minutes.

Transfer dough to counter—it won’t stick if you work quickly; this is not a sticky dough—oil your mixing bowl, place dough back into bowl, and cover with plastic wrap to let it rise for 1-2 hours, or until almost doubled in size. If your kitchen is cold enough to impede rising, place the bowl in an oven that has been heated to 200, then turned off; if you’re doing an in-oven rise, cover it with a dish towel instead of plastic wrap.

Press down dough to expel all the air, cover bowl again, and let rise for another 45 minutes. You can totally skip the second rise if you’re in a rush, but it definitely makes the bread taste better.

Dump dough onto a baking sheet covered in parchment paper and divide into as many equal pieces as you need to make the braid of your choice—a regular three-rope braid, as I did, or something fancier, if you are so inclined. Cover with a dish towel or plastic wrap and let rise for another 45 minutes to one hour, or finish this final rise in the fridge overnight. (Taste-wise, both methods yield similar results—this isn’t sourdough, which becomes more deeply flavored when it rises slowly in a cold environment.)

Heat oven to 375. Beat remaining egg with a splash of water and brush over challah. (If you want an extra-extra bronzed crust, you can brush the egg wash onto the challah before its last rise, then re-egg-wash it one more time before you put it into the oven.) Sprinkle on sesame seeds, if you feel like it. Bake challah for 30-40 minutes, and cool on rack before serving.

The verdict: I regret not having more and better pictures to show you of this miracle challah, because I promise it’s better than these photos make it look. Maybe a close-up of a slice soaked in delicious brisket juice will help: 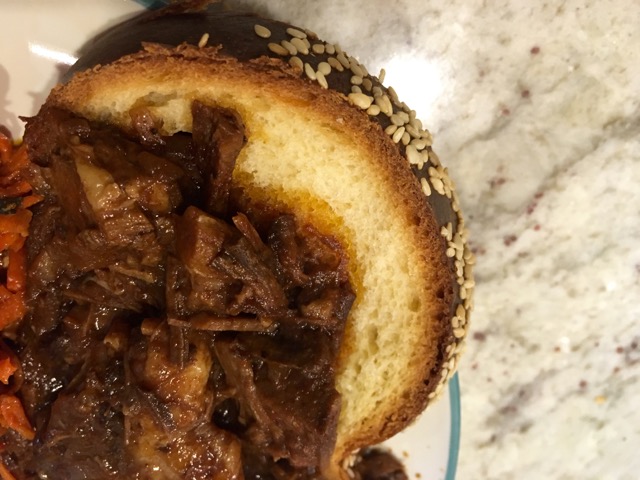 Or this butter-slathered toasted slice, about to be doused in honey. If that won’t convince you to close your laptop and head to your kitchen, well, maybe nothing will.