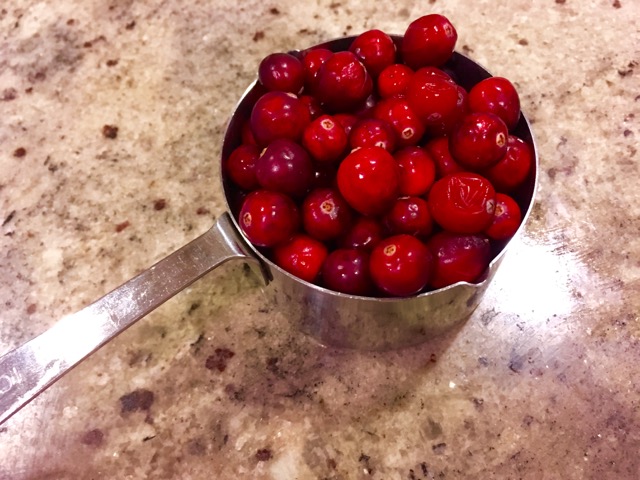 A serious question, worth serious consideration: Why don’t we eat cranberry sauce, like, all the time?

I get why other foods are slotted into the once-a-year special guest category. Latkes, as we all know, are a real pain in the ass to form and cook, with the grating and the squeezing and the frying and the draining; so, I would imagine, are tamales, which is why assembling them has become an annual tradition for zillions of Mexicans and Mexican-American families. You don’t throw together an incredibly labor intensive dish like these any old day—you save them for capital-O Occasions, both to justify the work they require and to lend the event where you’re serving them an extra air of celebration. 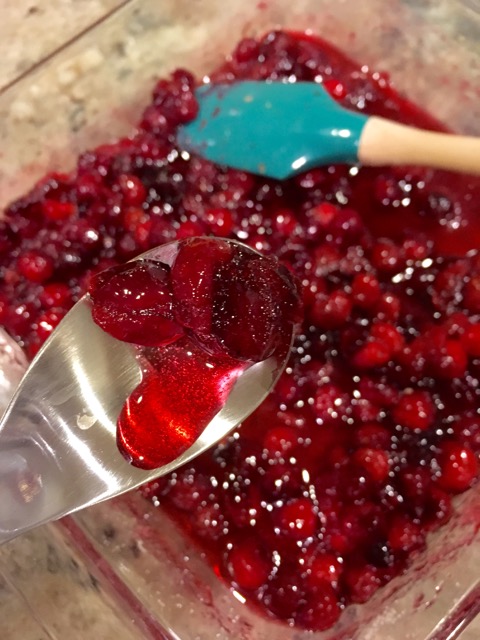 Cranberry sauce, though? Cranberry sauce is dead simple, and a lot more versatile than we give it credit for. It’s not just a tart foil for heavy Thanksgiving fare like turkey and stuffing; it’s also a perfectly seasonal addition to a bowl of yogurt and granola, and an excellent accompaniment to a piece of bread schmeared with chévre, and the best friend your grilled cheese sandwich may ever make.

At least, it is when it’s done right. And Nonnie’s, unfortunately, isn’t—at least, not as written. I tried making it her way for Thanksgiving; after a taste test, I quickly concluded that my grandmother didn’t know shit about making cranberry sauce. In the spirit of this blog, I’ll present it to you the way she wrote it anyway, but stand by: instructions on how to make it palatable follow after the recipe itself. 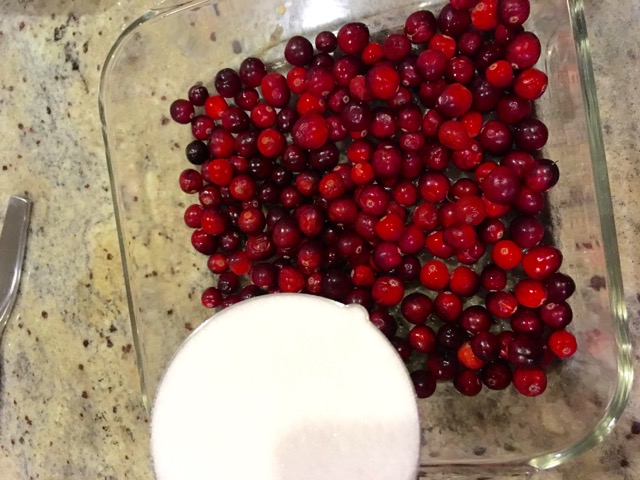 4 cups raw cranberries [Cranberries, at least where I’m sitting, are sold in 12-ounce packages, each of which holds something like 1.75 cups of berries—the first reason this recipe is not ideal, because you’ll inevitably have to overbuy cranberries and be left with extra]
2 cups sugar [Spoiler: this is way, way too much sugar]
1/3 cup brandy 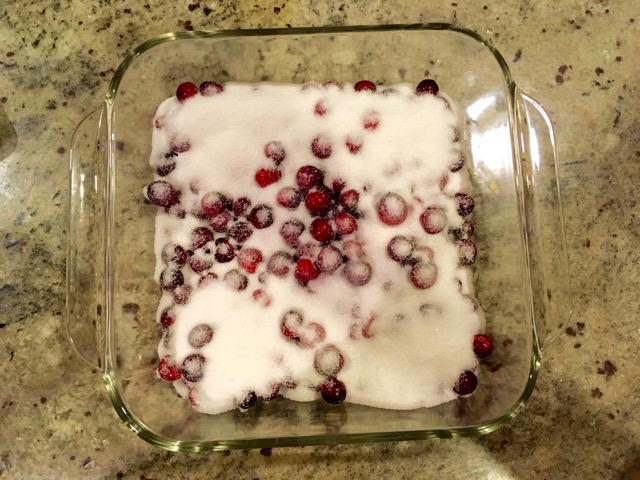 Wash cranberries and place in 13″x9″ baking dish. Sprinkle evenly with sugar. [This will make a beautifully wintery tableau, as you can see in the photo above—but, again, it’s definitely too much sugar.] Stir in brandy. Cover and bake in 300 oven for one hour. Can be processed if smooth sauce is desired. Store, covered in refrigerator. Makes about one quart.

The verdict: Why in the world would Nonnie make her cranberry sauce in the oven, rather than the stovetop—especially if she was mainly planning to serve it at Thanksgiving, a holiday notorious for dishes that take up large amounts of oven space? Who knows! I can tell you, though, that the oven-baked sauce came out with decent texture—you can see it above—but not the deeper, more concentrated flavor you might expect from a long bake. Oh, and the amount of sugar? As you might have heard me say already, it’s definitely excessive.

Reading Nonnie’s recipe gave me the impression that I’d be left with something I wouldn’t necessarily be proud serving at Thanksgiving dinner, or anywhere else—so I ended up cooking half of her recipe as written, then doctoring it until it tasted the way I wanted it to taste. Even with the extra effort, it was still way easier than making latkes. 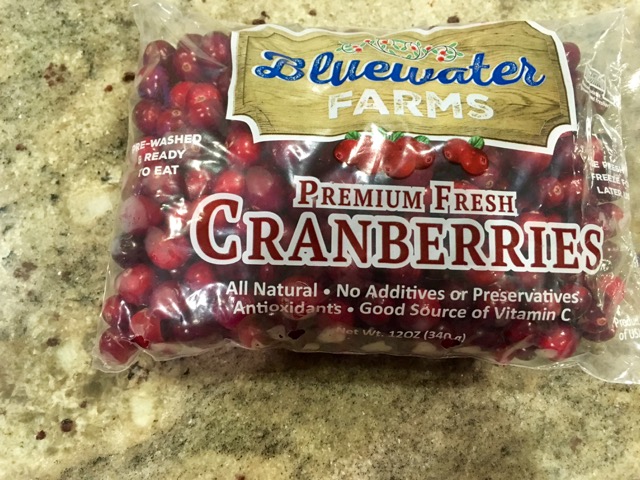 First, I dumped the whole thing into a pot, blended up the sugary Nonnie sauce, and added the extra cranberries I’d reserved in order to follow along with Nonnie’s recipe. Next, I added another half-bag of cranberries—believe me, that sweetness needed to be balanced out—and jazzed it up with some salt, lemon juice, and a grab-bag of spices, including allspice, nutmeg, cinnamon, powdered ginger, and—the real secret to making excellent cranberry sauce, as far as I’m concerned—white pepper for zing. Then I cooked it over medium-low heat until the extra berries had popped. 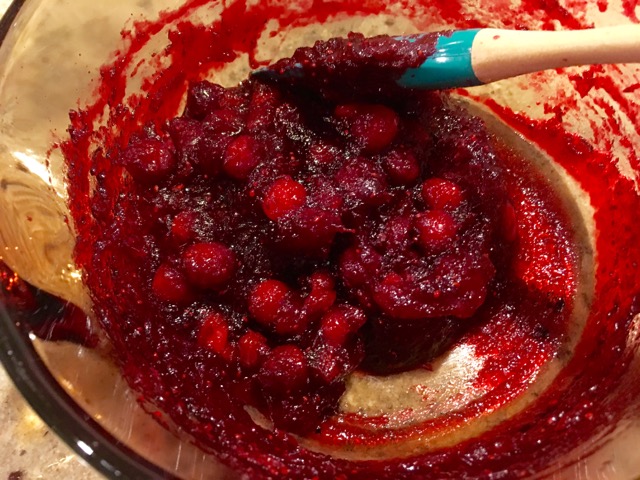 Voila: a cranberry sauce worth singing about—and one that earns its seat at the table even when the fourth Thursday in November is nothing but a distant memory.