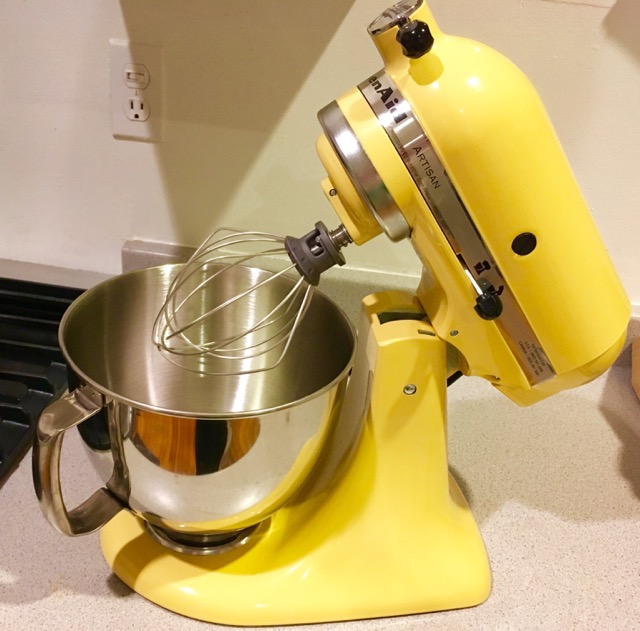 Sing, Muse, of the best reason I’ve found so far to get engaged!

Yes, I’m looking forward to the wedding itself (which is, er, next week, somehow), and to a lifetime of happiness with the man I love, and yada yada yada. But seriously, folks: can we talk about my beautiful new Kitchenaid, a gorgeous piece of equipment that I fall a little more deeply for with every passing day? Never before in my adult life have I had the proper tool to whip cream (see exhibits A and B), or egg whites, or create a perfectly smooth cheesecake filling, or even cream butter, really, without giving my biceps a major workout. This baby will even knead bread for you. Knead! Bread! For! You! When I’m fully recovered from looming wedding self-consciousness—which, in my case, has largely taken the form of “hmm, maybe I shouldn’t have an enormous sandwich for lunch every day, followed by a brownie”—oh, the things we will make together. 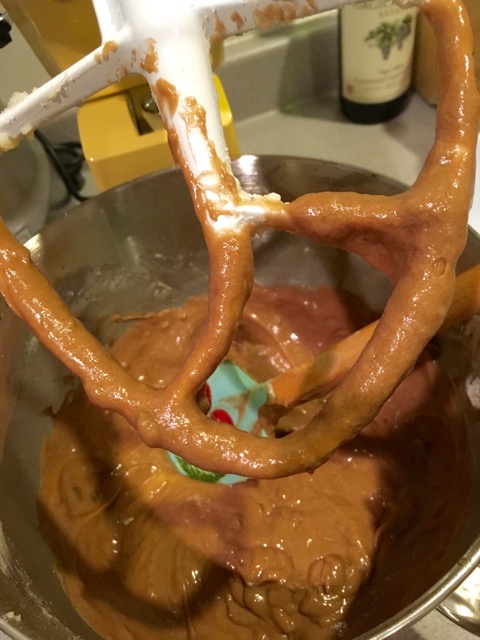 Strike that: the things we already have made together! I may be kinda sorta wedding dieting, but that hasn’t stopped me and Ol’ Yeller from whipping up a variety of actually healthy delectables, from homemade granola bars (do you know how hard it is to mix peanut butter, oats, nuts, and honey together by hand? Do you?!) to lentil meatballs (which tasted better than they sound, I promise).

And, okay, there was also this cake, an indulgence that doesn’t feel like too much of one (there’s fruit in it!)… well, at least until you add the layers of custard and whipped cream. It’s the perfect mixture of light and rich, humble enough that it comes together fairly quickly but decadent enough to celebrate, say, the Yom Kippur break fast, which is just what I did with this baby. I guess break fast is when I make cakes with dates in them? It’s also something you could totally make it without a stand mixer… but now that I know what life is like on the other side, I might just never turn back. That’s what marriage is all about, right? 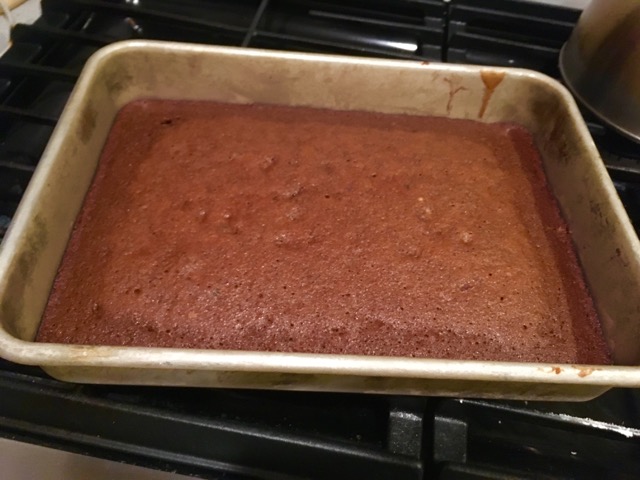 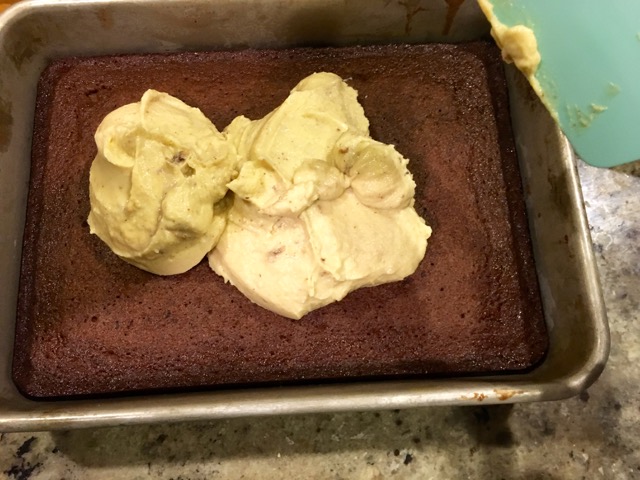 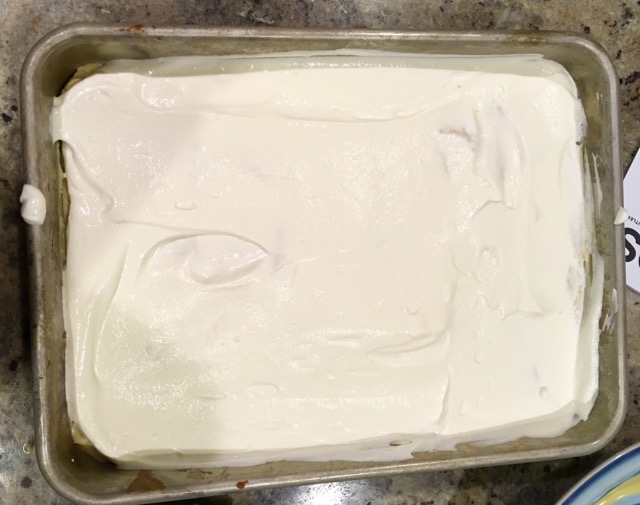 [Why does Nonnie present this recipe without an ingredient list at the top? Who can say; just go with it, after reading the whole thing through, of course]

Cream together [in a stand mixer, if you’re a yuppie like meeeee], until fluffy:
3/4 cup butter or margarine [that would be 1.5 sticks, or 12 tablespoons; just what you’re looking for in a wedding diet]
1 cup sugar

Add to above:
2 eggs 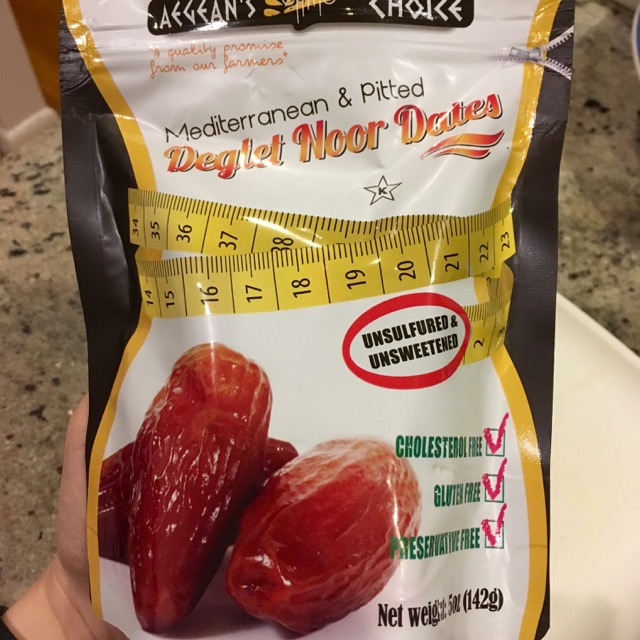 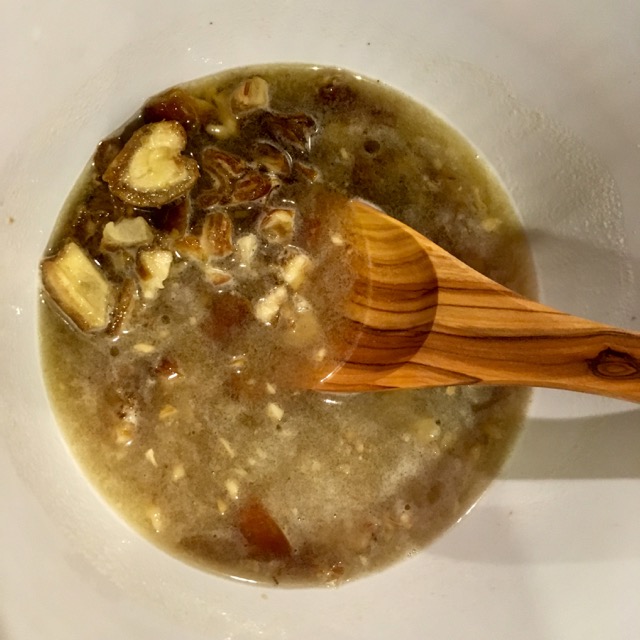 Sift together and add to other mixture:
1 3/4 cup flour
2 tablespoons cocoa [Yes, this is not very much cocoa. Yes, I will probably bump it up the next time I make this cake—maybe to a quarter cup, maybe even more. Remember that I was baking this on Yom Kippur, so I couldn’t taste anything until it was already finished, and therefore didn’t entirely know how un-chocolatey the final version would be]
1/2 teaspoon salt
1 teaspoon baking powder

Pour batter into 8″x11″ greased baking pan, and bake at 350 for 45 minutes. [I don’t have a pan this size, and am pretty sure very few people do; I used a standard 9″x13″ pan instead and just took the cake out after half an hour. It was pretty perfectly done] 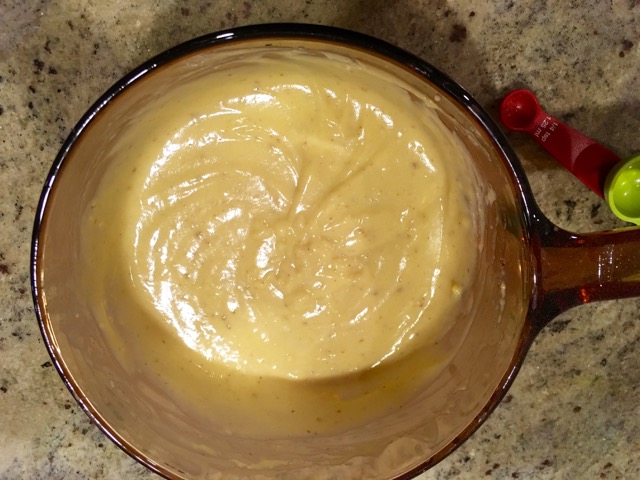 2 cups milk, heated [I combined half and half with skim to approximate whole milk, since I figured this would need some fat in order to work properly; this handy conversion chart can help you do the same]
2 eggs, beaten
2 teaspoons vanilla
1/2 pint whipping cream, whipped 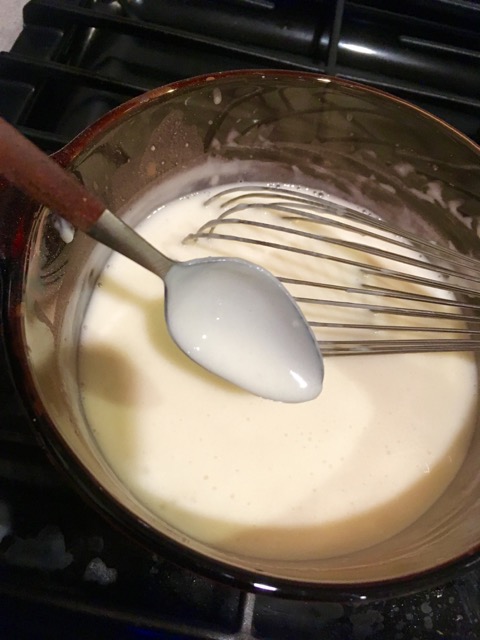 Add milk gradually to flour, sugar mixture, and cook in double boiler until thick. [Make sure you’re whisking it all the while so that the mixture doesn’t burn in your pot; it’ll be ready once it coats a spoon like this. You can also taste it to see how it’s coming along, provided you’re not making this cake on Yom Kippur.]

Remove from heat, and add eggs gradually. [Like, really gradually—you don’t want to make a scrambled egg custard.] Return to double boiler and cook and stir for 5 minutes. Add vanilla. Remove from heat, cover with wax paper and refrigerate. When cool, fold whipped cream into custard. Use for topping. 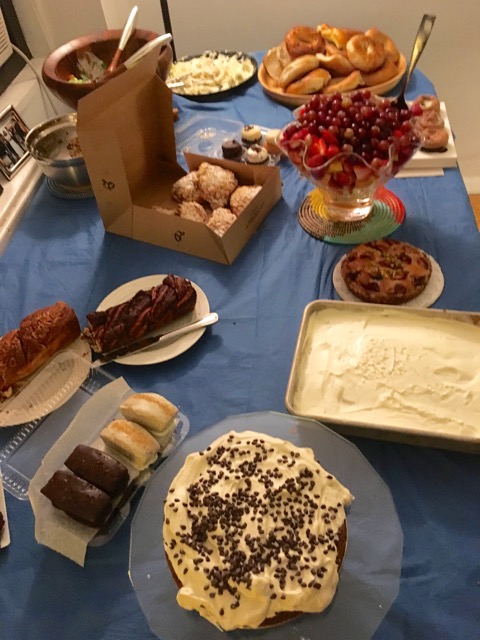 The verdict: Okay, so I cheated again—I didn’t fold the cream into the custard for the topping. This was partially because the custard seemed way too thick to comfortably mix with the much less viscous cream, and partially because I was into the idea of a more layered cake—something with distinct striations of cake, custard, and cream. And the finished product did have that, albeit less obviously than I would’ve hoped; they probably would have been more obvious and certainly would have been thicker if I’d had the smaller pan Nonnie recommended in the first place. 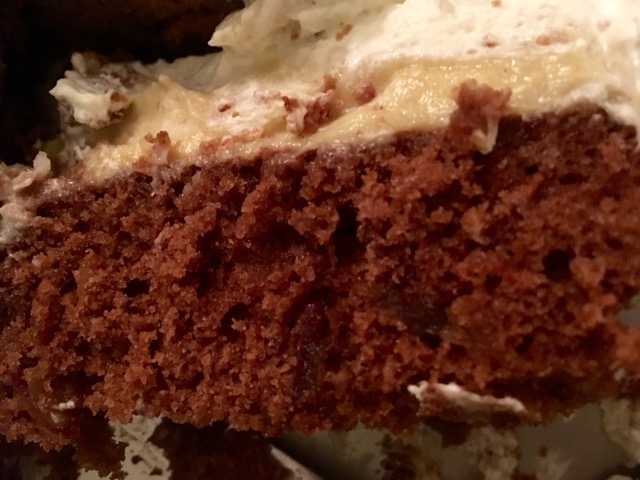 But hey, no harm, no foul; the cake itself was delicious, if not quite as chocolatey as I would’ve hoped. The dates add sweetness without overpowering their surroundings; it would be easy enough to eat this without realizing that they’re in there at all. In fact, I left the word “dates” out entirely when explaining to break fast guests about what was in the cake; something tells me I might not have gotten as many takers if they’d realized there was fruit in there, hiding among the chocolate and dairy fat. 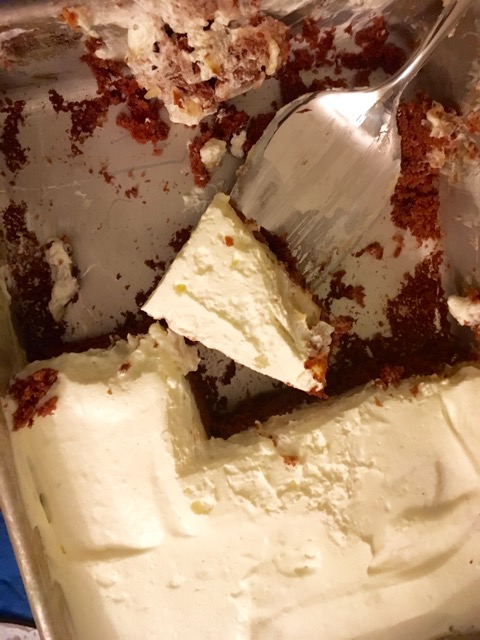 I’d love to try a version of this cake that was even richer—something flourless, maybe, that would create a denser, bolder base built to contrast beautifully against whipped cream and custard. That said, I’m plenty happy with this fluffier, more cake-y variation—a dessert, I think, that did my new best friend (the stand mixer; have you been listening?) proud. 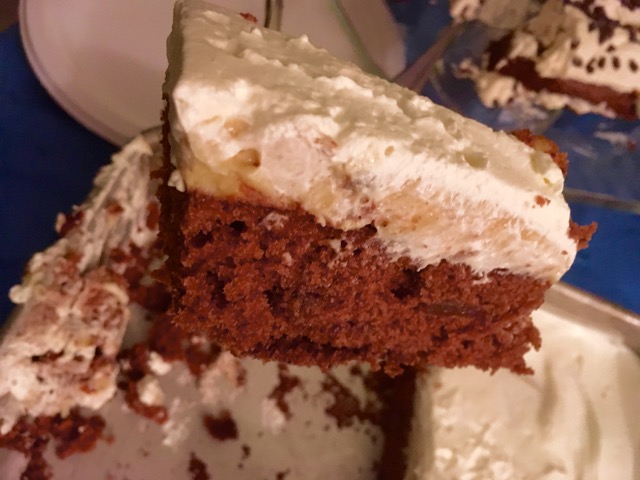