Allow me to read your mind: What the hell is limpa bread?

I asked myself the same thing when I first spotted this recipe in Nonnie’s cookbook. It sounded vaguely familiar — I remember my mother mentioning it when we were kids, or more accurately, I remember my siblings and I laughing at the  bread’s goofy-sounding Nordic name and the way Mom relished over-pronouncing it (liiiiiiimpa bread!). But I was pretty sure I’d never tasted it myself. 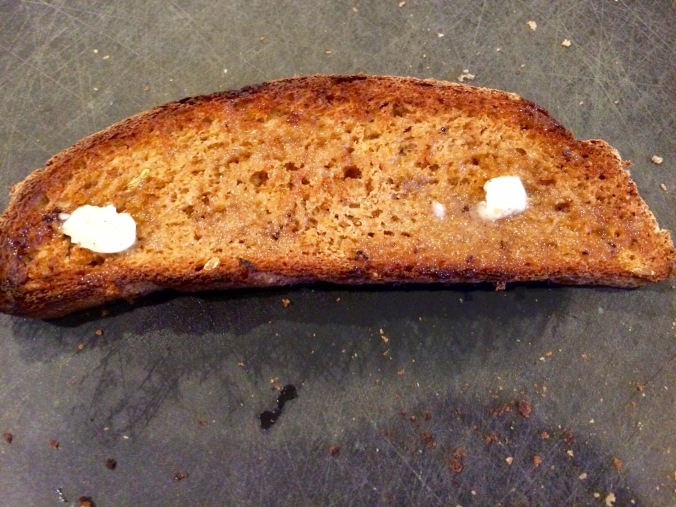 There’s a good reason for that. Limpa is a dense Swedish rye that evidently came to Nonnie by way of a pair of Nordic-flavored Beverly Hills restaurants: Scandia, which closed in 1989, and Konditori, which is apparently also long gone (and doesn’t seem to be connected to these places). She refined her recipe further after Mom took a trip to Sweden in the early ’70s, accompanied by my grandfather’s Swedish dental assistant. (Couldn’t make it up if I tried.)

These loaves are traditionally sweetened with molasses, studded with anise, and flavored with orange zest, making it a perfect storm of things I refused to eat as a child (non-white bread, bitter foods, stuff that tasted like licorice, oranges).

I’m a big girl now — one who still eats Oreos by twisting them apart, scraping (never licking) all the cream off, then eating the cookies last, sure, but a big girl nonetheless. I’ve learned to love hearty whole grains and bitter radicchio, stir-fries flavored with star anise and deeply pungent, molasses-based gingerbread. (I have not, however, learned to tolerate oranges, so I replaced the zest in Nonnie’s limpa recipe with lemon — which I did reserve the right to do way back in Small Portions Post #1.)

Enter limpa, which taste-wise is probably the busiest bread I’ve ever baked. There’s enough going on here that you probably want to keep any toppings simple; Swedes apparently tend to pair it with butter and jam, or a simple ham-and-cheese combo. I found, though, that it also makes a nice bed for homemade gravlax… though for more on that, you’ll have to check back next week. 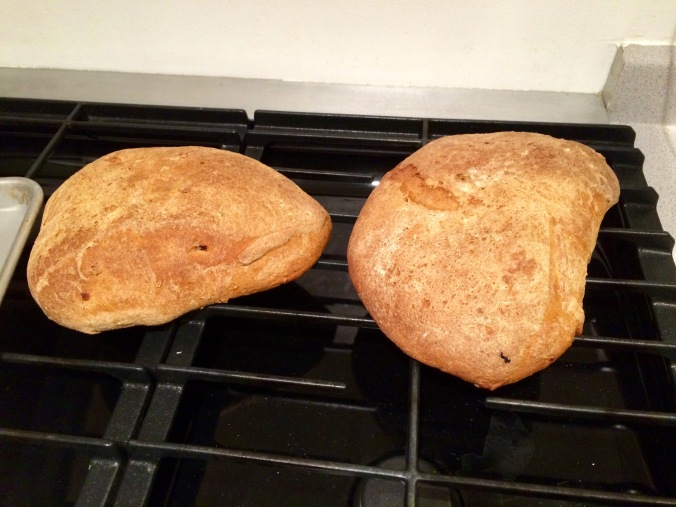 2 cups warm water
2 packages dry yeast [Active dry, to be precise — for more on different types of yeast and how to use them, go here]
1/3 cup honey
1/4 cup molasses
1 tablespoon salt
2 tablespoons grated orange peel [Or lemon, if you’re a weirdo like me. I will say that the zest wasn’t really detectable over all the bread’s other flavors, so it might not’ve mattered if I’d used orange instead as instructed]
1 tablespoon fennel seed
1 tablespoon anise seed [Yep, two types of anise. If you don’t do licorice, this may not be the bread for you]
2 tablespoons butter or margarine
2.5 cups rye flour
3 cups whole wheat flour

Stir in 1.5 cups rye flour and 1.5 cup whole wheat flour. Cover and let mixture rise about 2 hours, or until spongy. [Like so:] 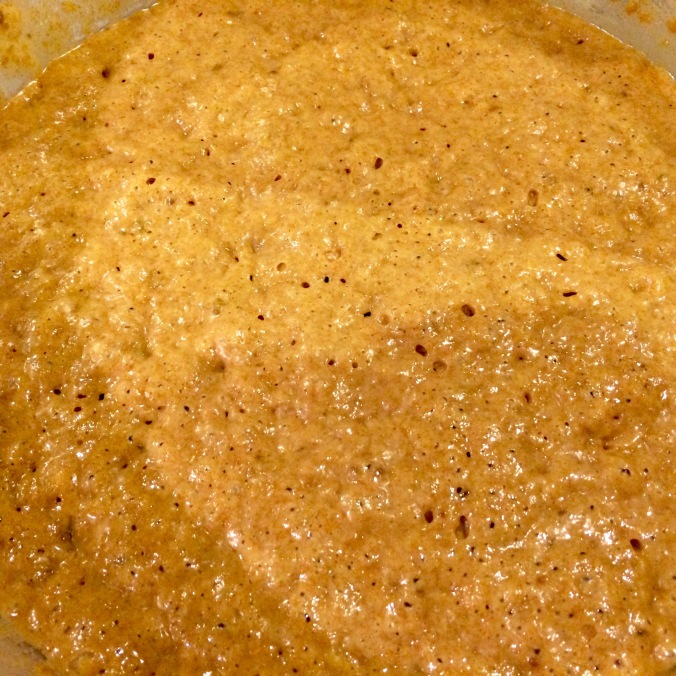 Add remaining flours, and knead about 10 minutes until smooth. [Warning: All the flour in this recipe is whole-grain, which is nice from a health standpoint — but also makes the dough fairly sticky and difficult to work with. Dusting your work surface with all-purpose flour and adding a tablespoon of it to the dough here and there will help the kneading process and better allow you to wrangle the dough into submission.] 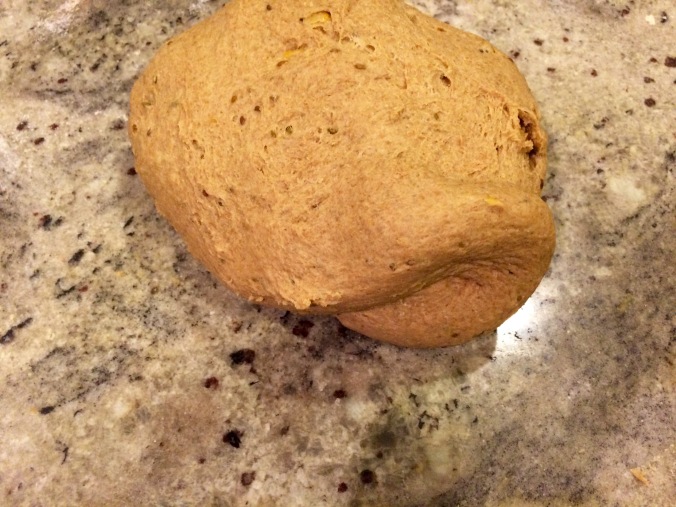 Let dough rise in a covered bowl until double in bulk. Divide into two balls and shape into cones about 4 inches high. [I wasn’t totally sure what Nonnie had in mind with this direction — how do you turn a lump of dough into a cone? — so I ended up just sort of shaping my dough into balls and letting them spread the way they felt like spreading. My mom thinks the result looked “misshapen;” I prefer “rustic.”]

Place on a greased baking sheet and let rise until almost doubled in bulk (about 1 hour). Bake at 375 about 35 minutes or until crust is brown.

The verdict: I have to admit that I was pretty worried about this bread when I caught a whiff of the matured sponge. It smelled…strong, like a bowl of bitter melted licorice mixed with Swedish moonshine. And not in a good way.

But I soldiered on, dutifully completing the recipe according to Nonnie’s instructions — and I was pleased to end up with two beautifully risen loaves of dense brown bread, crusty on the outside and soft within, assertively spiced but not oppressively so.

Like I said before: If you hate anise, limpa won’t change your mind. But it is a nice break from the breads you’re probably accustomed to eating — and its name is certainly more fun to say. (Liiiiimpa!)

Oh, and like I said before: It also goes well with Nonnie’s other foray into Scandinavian cooking. More on that later.