We’ll begin with a recreation of the first real dish I ever cooked for myself: ratatouille, which I believe is French for “chop shit up and toss it in a pot.”

It’s a completely idiot-proof meal — at least, the way my family makes it. (If you’re Thomas Keller, not so much.) That may be why my mom suggested I give it a try when I told her, the summer after I graduated college, that I was finally ready to tackle something a little more complicated than scrambled eggs. 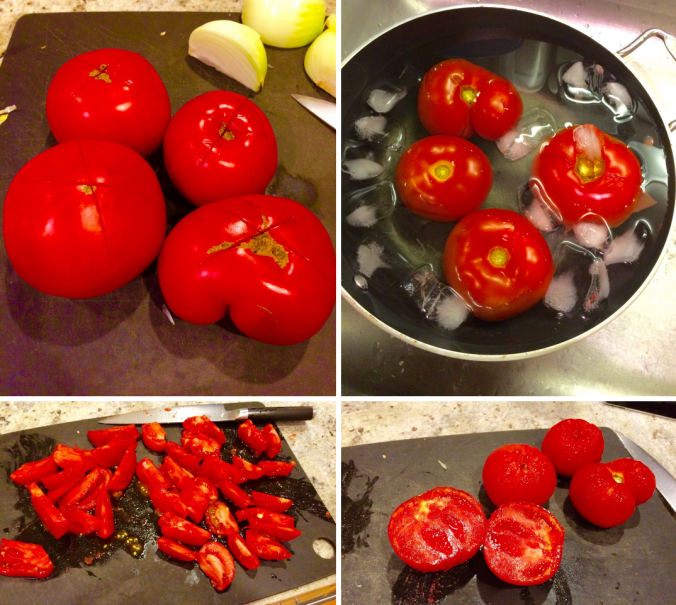 I’ve made variations on Nonnie’s ratatouille plenty of times since then, though usually I’m using her general technique rather than her actual recipe (which pretty much boils down to “chop vegetables, then cook until they’re rendered unrecognizable”). And I certainly never bother peeling any of the vegetables I use — partially due to some half-remembered Health magazine article that says fruit and vegetable skin hide extra nutrients, but mostly out of laziness.

Following Nonnie’s recipe to the letter seemed like it would yield a more refined ratatouille than I’m used to, maybe even something with produces as beautifully differentiated as Remy the Rat’s (er, Keller’s). Or at least, I thought that until I actually did it — and wound up with this delicious but profoundly unphotogenic sludge. 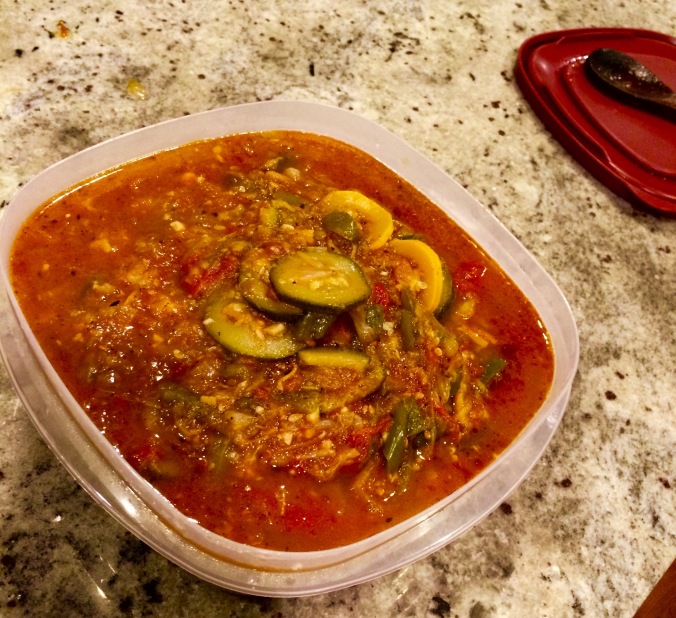 At least you can sort of make out individual zucchini slices, right?

Before we get down to business, a confession: When I started this blog, I made a solemn vow to follow each recipe exactly as written, to the best of my ability. I have, in fact, already broken that promise by making my ratatouille with adorable fairytale eggplants instead of a big globey guy, as Nonnie no doubt would have.

What can I say; they’re what I had on hand, and I think she’d be even more incensed about me buying a whole new eggplant than she would about me not following my own directions. But look! They’re so cute, even when they’re naked! 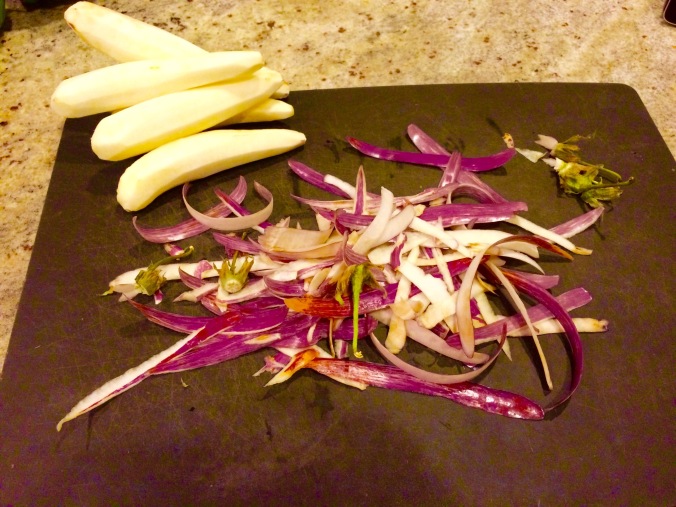 [The prep work, by the way, is by far the most taxing part of making ratatouille; it took me a full episode of The Walking Dead before everything was in the pot and bubbling away.]

Heat oil in large skillet or electric frypan. Saute eggplant, onion, garlic, and green pepper until tender. [Or, if you’re me: Try to follow Nonnie’s instructions by putting everything in your one and only skillet. After doing so, quickly realize that stirring would cause a cascading eggplavalanche.

Regroup by breaking out the Le Creuset stockpot you stole from your mother and transferring the whole mess into it. Ahh, that’s better.]

Add remaining ingredients; mix well. Cover and simmer 1.5–2 hours, stirring occasionally. Serve hot or cold. [I mixed mine with a bag of corkscrew pasta, but if you’re feeling fancy, quinoa and polenta are classier starch options.]

The verdict: Dependably tasty, although my tomatoes were real water bombs. I tried to mitigate their effect by uncovering the pot during the last half hour of cooking (whoops, broke Blog Rule #1 again!), but it didn’t do much — and at that point, everything was so mushy that I didn’t want to keep it on the stove any longer in an attempt to cook off more of the water.

If I could do it all over again — and I’m sure I will — I’d definitely leave the eggplant and tomatoes unpeeled; any possible benefit can’t possibly outweigh the hassle of peeling those suckers in the first place. I’d also cook the ratatouille uncovered and not nearly as long as Nonnie recommends — and, finally, I wouldn’t be able to help myself from adding a whole bunch of crushed red pepper. Like, an obscene amount. But if we’ve met, you probably could’ve guessed that part. 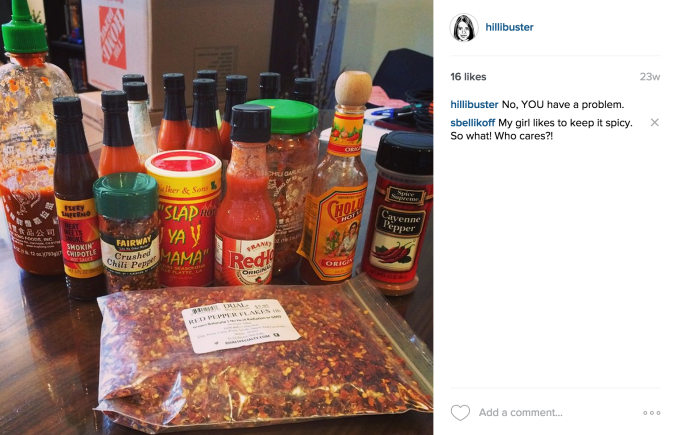 One thought on “Ratatouille”